Last summer we had this gig at the Park Open Festival in Arnhem. The sun shined like a nuclear pancake, so we played a couple of tunes, drunk some beer, sniffed some glue, and went home again, the usual stuff. Now it turns out we won an actual prize!!!

The jury voted unanimously for TrenchcoaT because “The members of the band dress perfectly, give a fantastic show and their swinging music makes everybody happy! Their live performance radiates energy and charisma, and the crowd goes crazy because of the moving solos!”

The prize includes a headliner gig next summer at Park Open, and a phat wad of dough! 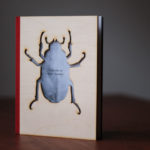